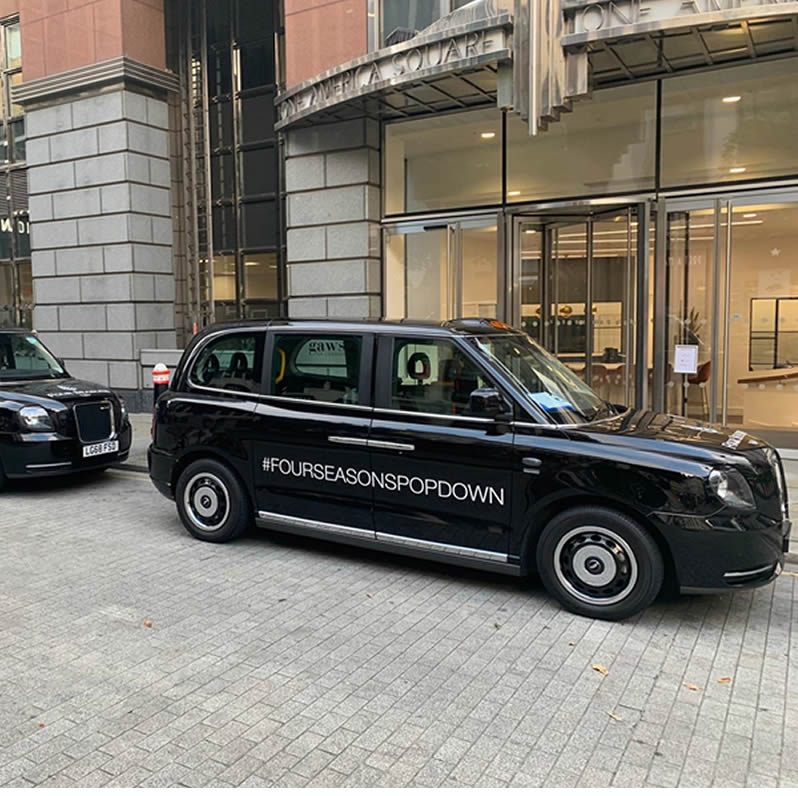 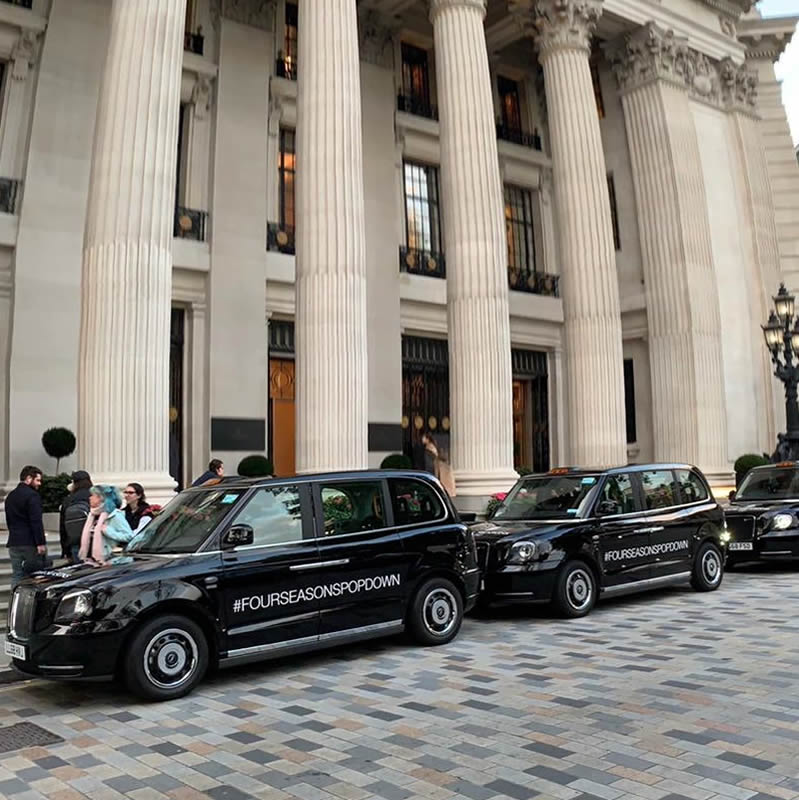 Corporate Black Cabs are currently advertising #fourseasonspopdown. Following its success around the world, the Four Seasons Pop Down arrived in London 3rd & 4th October for a two- night event that took place in Camden Town’s Harley Wharf Basement. Transformed in to an “underground playground”, that has had Londoners talking and had the #fourseasonspopdown hashtag trending, it was a mix of sights, sounds and culinary delights that showcased the very best of the Four Seasons brand and Corporate Black cabs were there to transport their clients to and from the venue. 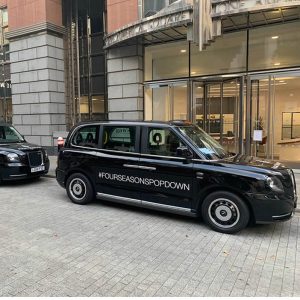 Our Corporate Black Taxis escorted clients to the invitation only event, Pop Down kicked off on October, 3rd with 15 specially selected Four Seasons chefs and mixologists from around the world, offering their creations of food and drink inspired by their own childhood memories set to a fabulous performance from a top international DJ.

The following evening, October 4th, the Hawley Wharf Basement was transformed in to the Pop Down Cinema, screening the 1980s classic, Big, that could be watched whilst indulging in the in the wonderful food and drink created by Four Seasons chefs and mixologists with Corporate Black Cabs on hand to escort moviegoers home following an evening of nostalgia. 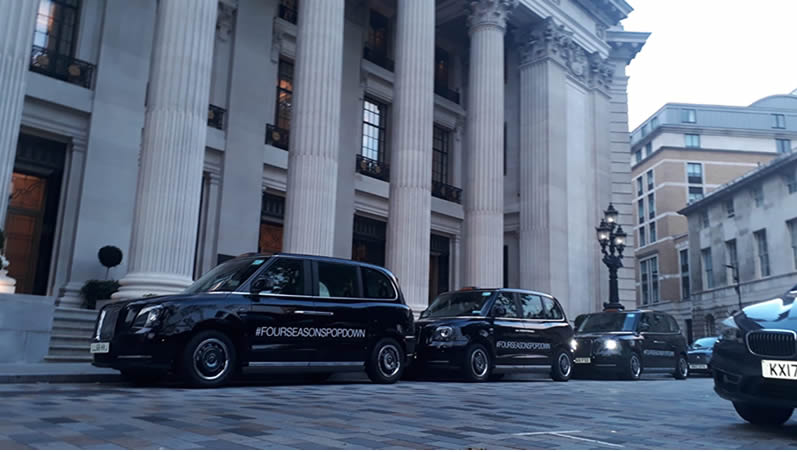